How are Emojis Evolving
0 comments . 0 likes

Android vs iOS - Which is Better

Apple's iOS platform has always been seen as the cream of the crop among mobile operating systems, with its polished design and easy navigation, while Android has always been seen as a sturdy, stable platform that's best for most people, though it doesn't offer the same levels of customization. With iOS 11, however, Apple is trying to change this perception, introducing a new tool called "Sidecar" that allows users to add a series of widgets to their home screen, separate from the main app layer.

And before this discussion even starts, we all know that smartphones are a vital part of our daily lives. It doesn’t really matter which one you use. I had to admit this because there is a war between android and iOS and I think there shouldn’t be any. There is a big reason why smartphones are the future. Everyone needs it today regardless of what type of business you are in. Now let’s continue to our topic.

Android OS is really sophisticated and has a huge number of applications. The google market of applications is also developing day by day and it is growing bigger with the new version of Android. But we all know that iOS is not behind. It is well known to be the iTunes of smartphones. This is a comparison between Android and iOS OS. Everyone has their own choice and preference.

First, let's talk about android. The android users always tease iPhone users because of the cost. And really, it is an issue for iPhone. When we compare their costs, then android wins easily. Also, the ease of installing any app, using earphones of any company, using charger of any company, etc are some of the benefits which iPhone cant provide. So these comparisons android will beat iPhone every single time. And if we talk about some of the best android smartphones, then I would like to give you all the introduction of Samsung Galaxy A51. The best innovation under android phones by Samsung was launched in 2020. Android users must check it out.

Now let's talk about iOS. When we talk about privacy, iPhone wins every single time. With the increase in third-party cookies, it is easier for anyone to track you online. Your location, gender, age, likes, dislikes, etc. And it had been a major issue since many companies started selling these data to some other organizations to earn quick money which was declared illegal in European countries. So, from the privacy section, iOS is better.

Regardless of both of them, talking about customer satisfaction in using smartphones, they both should easily allow installing any apps that are useful. Here is an explanation of the top 5 apps that you should have on a mobile phone. If you are not able to install the apps of your choice, then none of the phones are good. Right?

Hence I would like to conclude that android users must use iPhone and vice versa. That’s how we will be exactly able to judge which one is better. 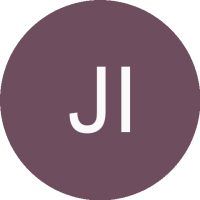