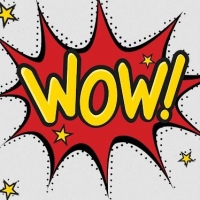 Madden NFL 21: How To Rebuild A Franchise
0 comments . 0 likes

How To Rebuild A Franchise In Madden NFL 21

Jumping into franchise mode has always been a great time in the Madden series. However, rebuilding can be a tricky process, especially if you do not have experience with cap room or the draft. Here is a simple guide on how to rebuild a franchise in Madden 21.

Before playing your first game, you should be making transactions. A successful rebuild is the culmination of offseason moves that leads to on-field success. I highly recommend trading for some young players that have the tools to become future stars. This can be a culmination of established stars and promising first or second-year players. This is the most important step in rebuilding your franchise in Madden 21.

This one should be relatively obvious, but young players will need regular playing time to develop. Take a look at your roster and determine which players you would like to be apart of your long-term plans. If you have a wide receiver or tight end on the list, make sure to give him regular targets all season. If you have a linebacker on that list, make sure to send him on blitzes multiple times a game. While you will go into each game trying to win, year one should be thought of as a development year for your young players. Development is a huge piece of the puzzle when figuring out how to rebuild a franchise in Madden 21.

At this point, you should know where your season is going. If you have played well with a middling team, you may want to go all in. If that is the case, trading for an impact player would be worth it.

Even if your season is going better than expected, I still recommend going to the re-sign tab and seeing which players are on expiring contracts. If your team is completely down the drain, trade every veteran you do not want to be on your roster next season. In a scenario where you are still competitive, I still suggest looking to trade veteran depth or league average players you feel you can with without.

This is the part of the rebuild that can be stressful if you lack experience. If you followed along with the previous steps, you should have extra draft picks and a sizable amount of cap room. Most of the players you no longer want on the roster should’ve been dealt at the deadline. Before you start making moves, you may want to go to the league owners section, going over to your coach or owner, and clear cap penalties. This action will give you more money to work with but less realistic.

In the draft, go out and target some athletic freaks that will join your young core as you start a real dynasty. Season two and beyond is all about improving your on-field play as your core group of players establish themselves as superstars.

That concludes my guide on how to rebuild a franchise in Madden 21. If you want to see more, click here. Also, you can obtain cheap mut coins 21 from here. Simultaneously, 100% safe. With these coins, you will get the best experience!
Posted in Default Category on February 08 2021 at 05:26 AM
thumb_up 0
thumb_down 0
share Share
0 people liked this
Comments (0)